The small farm is bounded by fast roads, the land is hemmed in, steep and unforgiving ...  the farm doesn't lend itself to much, other than sheep farming.

An expensive new tractor would not make the farm any more profitable so there isn't one, in fact, to a large degree, modernity seems to have passed the place by. Traditional practice, or its equivalent, is still carried out where possible.

It used to be traditional in Dorset for for the sheep to give birth in woven hurdles out in the fields. The sheep liked it, it made them feel safe and secure. The hurdles cost only the time they took to weave as the withys were pulled from the hedgerows ... those hedgerows still exist and they are still laid in the traditional Dorset manner (there are a surprising amount of regional styles) but the weaving of hurdles has long since left the farm.

These days the sheep  are brought in to the barns to lamb. The floors are laid to straw and then pens reminiscent of those small hurdles are made from pallets ... they don't come from the hedgerow unless there has been some fly tipping but they are a modern day farming freebie. And so the spirit of that old tradition is still carried out. 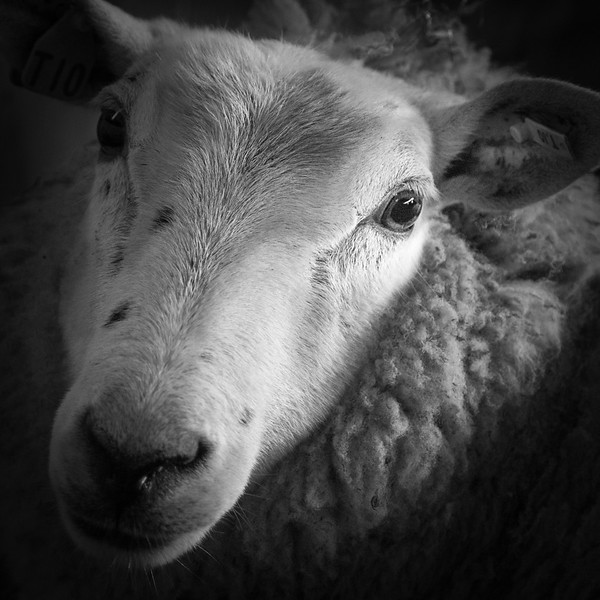 I selected five of my lambing pictures and arranged them into a panel which I submitted to DPOTY 2015 along with a statement describing the project .

Documentary Photographer of the Year 2015

The events that unfold when a ewe gives birth to triplets are extraordinary. After the ewe has been cleaned, the third lamb it is taken from the mother and its feet are bound with bailing twine. It is dunked, briefly, into warm water before being placed in a tub where the blood and amniotic fluid of another lamb, born as a single to another ewe, is rubbed all over it. The two lambs, born of different mothers, are placed in the tub together so their smells can homogenise before being presented back to the second ewe as twins. Once the ‘Cuckoo in the Nest’ is cleaned by its new mother the bindings are cut so the lamb gets to its feet and staggers ... just as a new born should, and smelling like her own lamb.

Tradition dictates that the turkeys are slaughtered on the fifteenth of December ... ten days before Christmas. They are then dry plucked, by hand before being hung (in the manner of a game bird) for a week before being gutted and trussed, ready for sale.

I have, over the years, helped out with various jobs on small holdings and the like but this experience with the turkeys was the first time that I had been at the final stages of life. It was a sobering experience ... 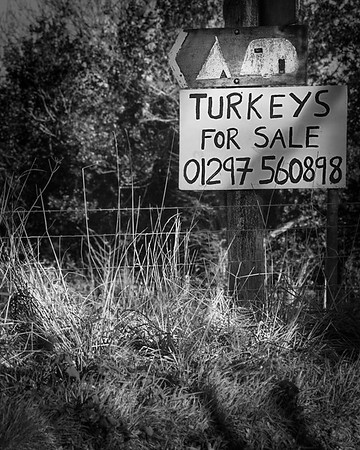 My job here is no-where near done (as long as that bastard dog lets me back in again) ... there is lots more to see and photograph, when it comes to sheep, there is much more to the farming calendar than just the lambing.

And then there's the other staple of 21st century farming ... the campsite ... and that is a story in itself.